How Mitsubishi is trying
to win against the whales
in Mexico 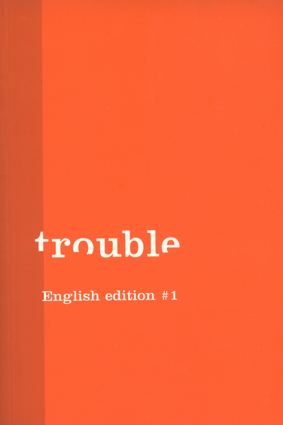 How to fabricate a routine scenario:
1. Surf the web
2. Take any given diagram
3. Use this diagram as a plan
4. Classify the various references come across
surfing under each of the diagram's sub-headings
5. Remove the titles
6. Create missing links 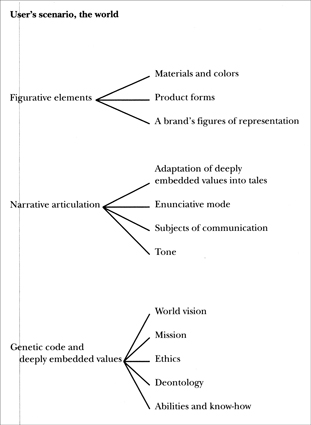 What would happen if the sound your fingers made on my new knit-base plastic-jacket was by now more important than the pretty pictures we had in common?

The basic concept is to constantly fabricate pretty pictures. A stream, steel, and some acid colors. Heavy on the orange to hide my defects. That's the basis of all marketing. It should also be heat resistant. Thermodynamics goes up and down, but it's mostly elastic - contractions and expansions for an accrued thermal equilibrium. A gray bench/low table in polyurethane foam, with a form-memorizing skin. Small pectoral muscles and heavily indented rectangular tail fins. Notice the numerous scars inflicted by envious peers. There's also the strips of raffia used on the rabanes made in China that have become so thin they don't even cover the matting. All this supposedly makes up the database of our now economic lives. Avatars washed up for not having been definitively volatile. The remains of a bourgeois tradition, with its plush interior and extras, the dream of a better world lacking the proneness to achieve it. "Must have" items, flanked by a few others timidly against the grain — a certain idea of rebellion. Starck shows himself, Barbie wants her picture taken, Miyake looks on closely, wearing a mosaic-motif twill scarf… In the middle of all this, a green plastic skull at 80 Euro-cents (taunts me). And then, just behind it, some others lesser known, savings bonds, short-term deposits, insurance, stocks, swap collars, future options, dingos, zebras, hurricane bonds…

It seems like motivation and abilities have it rough nowadays. They've become products like all the rest. Transfers take the place of promotions. It is at this point that the going rate for water will become the flux of production. Linearity Japanese style: each product passes through each pair of hands, robotic or not, each pair adding its sequence of operations. Something like thee added value attributed to products that have yet to be ours but will be soon enough. Desire is organized by these expert little hands and loaded with experiences. Variety and interest in work, rather than statutory advantages and prestige: it's the new way. Fear is the most promising of the new products. Highly contagious, it is not always easy to identify. Its remedy is security. Inaction is Its method of reaction by default. The creation of new markets creating always more wealth at the price of a few catastrophes more — we'll manage all the same to score some extra growth points. A dashing GNP, along with its countess sidekicks and snags: asbestos, insecurity, mad cow, GMO's, pollution, the end of the world… In any event, no need to worry about their future; they'll dematerialize once they've been reduced to the state of bad words.

At this point the new organization model of the autonomous or flexible cell type enters into play because quick responses will be needed to the challenges laid out by the productions of the future. The "no more factory" concept gives rise to "an assemblage in the heart of your store", soon followed by the "no shop" thing which spawns "the domestic assemblage - a new way". Then comes a housing shortage that can already be felt. Logically therefore, in the long run, the question of assemblage should remain a public affair. At the same time, one could imagine that some products whose pasts hide no dark tales — just some poetry at the very most — might continue to exist. There will thus be no "great revolution of the coming century", just some isolated scenarios, based on or remixed with older ones. A certain way of using the world, if the concept still exists. The Caribbean Islands, Singapore, the Cayman Islands… The flight of capital, how artists love far away lands. Careful however, the overcautious economic actors of the moment don't see it this way. Beauty's going rate is inverting. The exoticism of distant lands with incomprehensible yet beautiful landscapes becomes boring and interchangeable. How to keep from getting bored? Pretty pictures are after all merely pretty ...

Establish a hierarchy: multiply the salaried staff by 3 without the rules of 1, 2, 3, soleil 1(some remain mysteriously on the starting line), 1/ talented mercenaries (loaded with cash), 2/ skilled workers in the middle (it's ok they've got money) and 3/ a cohort of flexible types at the bottom […]. Some big players higgledy-piggledy: bankers, investment officers, financial analysts, brokers, traders, gamblers, functionaries, daredevils, prudent managers, speculators, money pros, and when as always, you, me and the world in a corner of the screen without any real possibility of taking part in the game for the time being. Elle and Femme Actuelle magazine are always smiling with their big white teeth bared while top models from specialized magazines seem as if they've just been raped. It appears that sulking counts as a political action in our world hat produces so much happiness. The firms and their leaders understand this completely. A leader is first and foremost a being who has a clear vision of the future. He provides a method and tools to imagine and select the target scenarios. Afterwards, he'll explain how to define the path scenarios to attain the chosen target. By mixing emotional intelligence with QCDC (Quality Costs Deadlines Creativity) vision, our generation has nonetheless not forgotten what is referred to as politics - which incidentally rhymes, for no apparent reason, with ethics. It seems that it expresses it differently. A new theory is in the making, that of the autonomous item. It's easy to spot, a political outgrowth, a tubercle that resists the rest of the proposition. The contours are perfect for an instant revolution. For each action there is a reaction. Taking care not to venture too far ahead thus seems like a prudent choice. In the meantime, the artist questions the future to translate it into pictures, into fragments of lifestyles and trends. He helps the consumer industry prepare itself well for the future, writes consumer scenarios and profiles. As though what mattered was to convince oneself, he awaits some proof of his existence; articles, exhibitions, and openings are so many signs of his belonging to the world. Too many pretty pictures.

Artistic low resolution, pixels, the big unconnected image. Some already have a clear idea of what to do: alternately cultivating personal research and more commercial projects allows the artist to find a balance and not upset a dynamic that might meet with incomprehension and rejection by the public should it remain purely artistic, thus shattering artistic creation itself. The function of manager allows the creative part to express itself. It even becomes difficult to distinguish what is professional from what is personal. As traditional training no longer influences behavior in a lasting way, what counts now is to tell stories in order to find the winning combination. What counts is the atmosphere, the underground conflicts. History, always history. Knowing a country's history makes it easier to tout the merits of downsizing and re-engineering. So I study some History and I notice that the economy has always played a minor role in societies prior to ours. Some children looking for answers to this topic have begun formulating affirmations as questions. The phenomenon first appeared Australia, with the arrival of British immigrants at the end of the Second World War. It seems to have become widespread. Now, even women working for firms ask themselves questions when they notice that they execute 27 movements upon entering the meeting room while their male counterparts execute only 12. Perhaps there are in fact no answers for certain facts. For you and I the task will be to find a point of enunciation that is more than just a breakdown. We'll have to invent this point from which to speak, this history-point, this action point. Give it a name and most of all furnish it. Give it reasons to survive.
While the firm tells its story, the artist brings back mainly images. He sets off to film the Other who looks back at him. A photo with an "elsewhere-otherwise" potential, open, in appearance at least, to a world of possibilities.

You, me, and the rest of the world try to remember the future.

Somewhere in one of the world's rare breeding spots for whales: Laguna San Ignacio in Baja California, the sanctuary for the East Pacific's gray whales. Each year they travel two or three at a time to mate off the shores of California or Mexico, then they head back towards the North Pole. In a joint venture with the Mexican government, Mitsubishi plans to install a salt factory that will also serve for the production of textiles, glass, aluminum, and PVC. Everything seems to run in the factory's favor because the company already owns two competitive sites in Mexico. The project has however stirred controversy. The region's inhabitants are against the factory. They are afraid it will pollute the environment on which they rely for their survival. Local politicians, on the other hand, approve the project and say it will create jobs in a region where poverty runs rampant. The 7-meter 3- ton whales off the coast devise their strategy to reproduce. The harem technique has had its day and its now the sperm contest that's all the rage. The males thus mate with the greatest possible number of females in order to increase their chances of spawning a future descendant. They thus eliminate all notions of property and territoriality. Giant Penises and Gonads fight Mitsubishi.

You, me, and the rest of the world in a corner of the screen.

Not to be missed