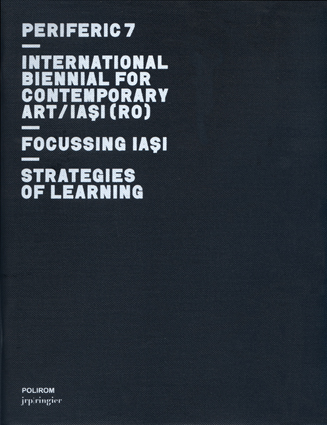 Florence Derieux: How did the idea of making Waiting Time/Romania occur to you? How and in what conditions did you film this video?


Sandy Amerio: At that time, I was at the art school in Nantes. The opportunity of a school exchange, through an Erasmus grant, was offered to me. We decided, together with Alexis Davy (with whom I collaborated in making this movie) to visit a country, which appeared to us as the most remote from our realities. Romania imposed itself among the proposed countries. Before leaving, the research for documentation had been quite succinct. I didn't find much on this topic. Romania wasn't really a touristic country. I only found one book about the 1989 revolution, published by the Editions de la Découverte.

F.D: Why have you chosen this medium of video recording and this style, between documentary film and private video?


S.A: I think that this type of shooting, a little bit like with a "camera-pen", is an unavoidable step when working with video. Little means, or even no means at all. No crew. No lights. It turned out that this context of production was perfectly adapted with regard to the vestigial conditions of Romania.

F.D: The translations and subtitles applied to these images find an echo in the effects of the montage, re-readings, etc. How did you, in fine, realize this video?


S.A: The video was finalized at the Fresnoy art school. We went back to Romania to shoot some complementary images. Waiting is really a film of montage. The problem was that our past passed experience there was much more consequent than to what we had really recorded. Many times, it was impossible to shoot. Though, we had to find the best way to transcribe this experience, and to show its entire richness and complexity. I thought that the translation issue was interesting. How to transcribe the other's words? We watched all the rush so many times ... It was just like in an American movie, when one zooms on the detail of a scene and notices something unusual, which was not obvious at first sight, but that offers a reading key. Waiting is a bit like that. We were looking for an entrance key, and it is finally by means of the montage that we succeeded.

F.D: The feeling of expectation, which is reflected by the title of the video, is extremely pronounced. It appears right from the very beginning of the film, which is set two weeks after the start of the journey ("It's been two weeks since we arrived"). It is also produced through the different slogans that can be heard and read every now and then ("Romania is waiting for Europe"). Can you tell us more about this particular relation to the notion of time?


S.A: We had the strong feeling that Romania was a country waiting for itself. Waiting for its recognition, by Europe or by the United States, no matter whom, really. Waiting to receive a proof of its existence. Every time we would meet a Romanian, he/she would tell us: "Oh, you're French ... Did you know that this or that French intellectual was in fact Romanian? That Bucharest was called 'the little Paris' before Ceausescu? Etc. etc." It seemed to us that we belonged to a standard country, and that this standard of evaluation was progressively being displaced, and replaced by the United States standard.

F.D: All along the film, there are different types of swifts, be they temporal, geographical, cultural, and they grow hollow mainly due to the linguistic barriers that we mentioned earlier. But above all, don't they result from the fact that the lived experiences are often out of time, but also out of frame?


S.A: Yes. I wanted to play with the manipulation of the subtitles. It is always assumed that the subtitles translate what the characters say in another language. I wanted to create a doubt. It was directly connected to the stories I heard about Ceausescu and about his mise en scene with pre-recorded applauses audio tapes that were played in the city to make the people believe that none was starving.

F.D: How would you describe the relation created
with the first Romanian "fellows"?


S.A: Delicate… That's the least we could say. They were all journalists. We met them through a Romanian politic refugee who we met in Nantes. They participated in the Revolution, they were all royalists, and they were all for the return of king Mihai. We spent many evenings trying to film their friendly meetings, marked out by fascist hails. They were highly trying to intimidate us. They endlessly told us how that they could hire a Moldovan for a few dollars and make him kill anybody. It ended up pretty badly. Alexandru, who was part of the group and who hosted us, threatened us with a gun to make us pay the nights we spent at his place. We escaped and we have never heard about them ever again.

F.D: And the relation established with the gypsies? How did you meet them? How would you explain this choice of leaving, this time the camera to them?


S.A: It was closely connected, at that time, to my researches around ethnologic cinema. With what is called, for instance, "cinema in the first person", and also with Jean Rouch's ethno-fictions. We met Corina Moldovan during the opening of a drawings exhibition realized by gypsy children, that she organized. She had been previously working on the gypsy issue for the European Council and, through her, we got to know Caiman Cantor. Even before we went to Romania, it was one of the questions that interested me. We quickly became friends. And I think that there was also the simple and sensitive idea of sharing, of giving, of exchanging. I didn't want to apply my western way of looking to what I intuitively felt was much more complex. There was also the relation, for instance, that Calman was establishing with the notion of time. His shots were very long. On the contrary, when I was filming, I was really in what is called the zapping culture. Short shots. I thought that this confrontation could be interesting.

F.D: It seems to me that what strikes the spectator, from the very first images of Waiting Time/Romania, is the slight uneasiness that this video establishes right from the beginning and which is, nevertheless, difficult to explain. Is it simply generated by the gap induced by the choice of this young French couple - at once ordinary and surprising - to spend two months of holiday in Romania, or by the fact that we are watching a holiday film and images shot within and for the private sphere? Doesn't it rather follow from the fact that this video has for starting point the cliché, which seems moreover fully accepted ("We had been told that the Romanians adored the French")?


S.A: Yes, I like to work with faked naivety. For this releases different feelings from the spectator: laughter, doubt ("Are they really so naive or do they simulate idiocy?"), and then the expectation of a solution- and, therefore, a form of suspense.

F.D: Was it for you a way of freeing yourself, right from the start, from any idea of objectivity with regard to the production of images?

S.A: Objectivity does not exist. Consequently, yes, necessarily. But it was especially a way to avoid condescension. The Romanians have such a complex of inferiority vis-à-vis the French ... We were lacking the elements that could have allowed us to understand what was going on in that country. To highlight these features seemed interesting to me. The ethnologic film of today is perhaps, simply, the holiday film. What are we looking for in a foreign country, if not ourselves, differently? In another time-frame.

F.D: You have stated in an interview, about this film: "A direct attack is not, I believe, necessarily efficient". I would like you to explain this statement with regard to the context of Waiting Time/Romania?


S.A: I could say the same thing about any of my productions. A kind of suspense, of progressive unveiling. I like to play with the spectator's expectations, to thwart or to delay them. Many things are only slightly touched in Waiting. This is why it is not exactly a documentary on Romania, but rather a documentary on the difficulty to understand a story about a country's History. The way the montage is like "plaited" (gypsies, groups, companies) enable to avoid any direct attack, but offers a more panoptical vision and, nevertheless, a personal one.

F.D: After several years, how do you perceive Waiting Time/Romania today?


S.A: I am still very satisfied by this film. It was not easy to realise it, and I think that the result is interesting and it reflects something about Romania. It will undoubtedly be the one and only film I make in such conditions. I write things down in advance now, and my writing has become softer, especially in relation to the black cards and slogans that put rhythm into the film.

F.D: Did this experience, and this work, have any particular impact upon the later development of your work?


S.A: I had the idea to offer Calman to make a film, to give him the means to make one. I was thinking about doing that in different countries with different communities, and to make a sort of collection of them. Eventually, the project was never realized. Due to the lack of financial means.

NOT TO BE MISSED