Feeling deprived of his status and confronted by a fear of his own disappearance, a man tries to renew links with his vital forces and lost faith, through the incantation of a parallel heroic tale.

It has been said

"A movie to remember. Astounding!"
Ludovic Lamant in Mediapart

"Reflections of a Contemporary Moviegoer."
Marie Lechner in Libération

"In January 2010, the Fine Art School Nantes Métropole, recruited me to conduct a personal research on the complex relations between Reality and Fiction in contemporary art and cinema. Dragooned is the culmination of two years of research on the practice and the milieu of reenactment.

Reenactment is a hobby intended for staging a military event from the past. The historical basis is interpreted by reenactors who do not hesitate to invent plausible sketches. Spectators may attend the sessions, especially during large gatherings, but it is not a sine qua non requirement.

The phenomenon as it is practiced today began in 1960 with commemorations of the centenary of the American Civil War in the United States. However, the origins of reenactment can be traced back to the period of the Roman Empire. In fact, the Romans reenacted indeed famous naval battles (Naumachia) in the Coliseum by flooding it. " 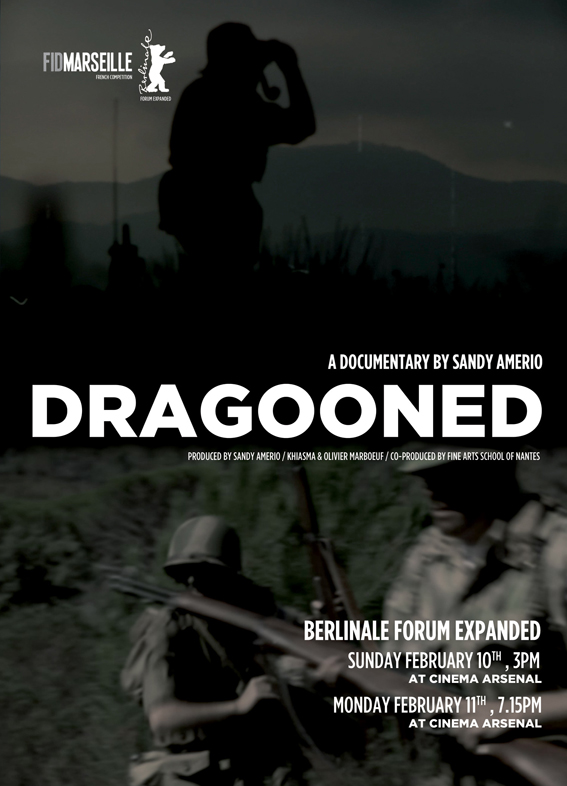 Extract from the press review

"With an anthropological approach, Sandy Amerio confronts contemporary society to the aesthetic codes and issues that circulate within it.

At the very heart of the aesthetic of archival films and their televisual reinterpretation in particular, Sandy Amerio expresses the possibility of a vertiginous return of the Second World War into the present.

Sandy Amerio speaks with the public after the projection.

A time slip in the thread of the narrative undermines the authenticity of the archive document in order to describe another reality… The reality of those we gradually discover to be reenactors. Time curves collide with a delay and then return suddenly, as in a strategic retreat.

Dragooned is a journey through time with a violent return to the specific present a French soldier. The viewer finds himself caught in a time trap, that is also an emotional and existential dead end."

Sandy Amerio and Olivier Marbeuf, producers of the film, in front of MK2 cinema in Paris where Dragooned created the surprise. Initially screened during a special event, the success of the movie and the vivid and exciting debates it caused has led to more than 7 screenings. 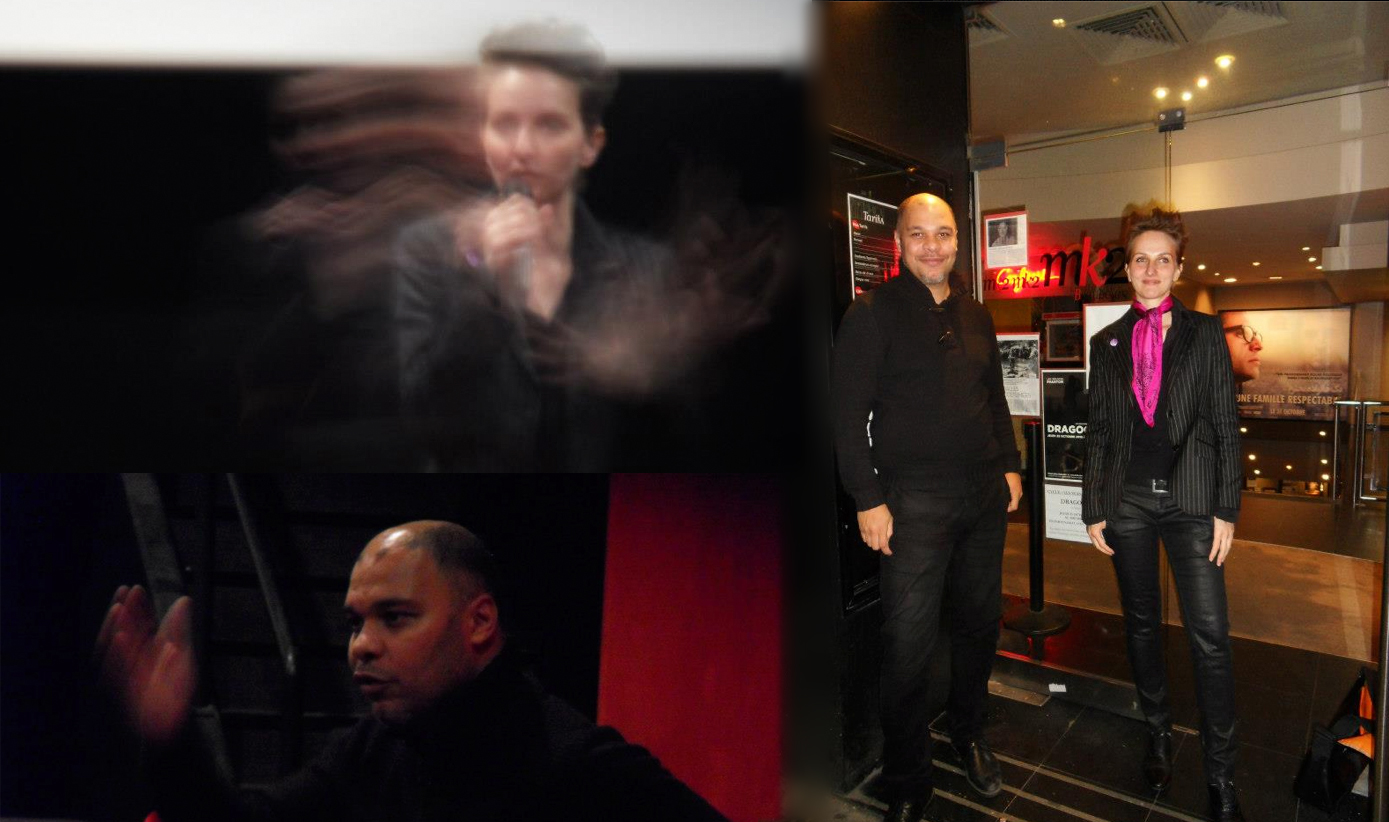