Basement is a form or extension of PSYOPS through which the artist replays various situations of domination (military, economic, sexual, media, etc.). This short film was shot around Fort Wadsworth on Staten Island in New York. This military base, one of the largest in the country, defended the city for more than two hundred years. Sandy Amerio's camera storms the fort, adopting multiple points of view. Subjective, it hugs the walls, explores the premises, disappears into the catacombs. Employing yet another strategy, it climbs higher, offering us a deformed vision of the site from an aerial view modeled after Google Earth, a life-size video game decor. Simultaneously, the narrator describes a terrifying present told from a hypothetical future. Borrowing various enunciation techniques from sermons, propaganda, advertising, phone sex chatlines and hypnosis, Sandy Amerio fuels the human aptitude for telling stories and questions the power of narrative to transform the viewer's emotional state. 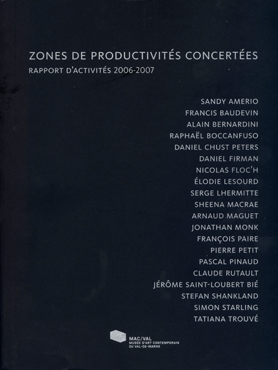 "We lived in fabulous times, where everyone had an opinion about anything about everything. From smoking kills, to fucking little boys was bad, to we're all going to die in a natural disaster, or be killed just because some asshole, deep in debt, decided to stab us in the back as we left a suburban mall, or even worse, from fear itself.

All those little people needed a home care nurse to help them pass away. Men and women knew nothing about their feeble existences, doubtful of their own realities. Chance might have been the origin, but then we would have needed to give it a body and a reason to be. A bloody materiality. An existence no more authentic than a reality show A mimetic miniature. A Lego-ethic that imitated life, a reality from which true life in turn took its inspiration.

But where was the original. How many generational copies down the line are we now. The archived image was stocked in the zero time zone of the memory. Time was disposable The body itself easily available, with its handy ready-to-use quality, to explode, or win a competition on TV, a game, or orgasm online. We spoke about capitalism, globalization, liberalism. If these ideas had been characters, there's no doubt that the fat man with the cigar, satiated and paternalistic, had fathered a son, a rather good-looking suit-and-tie yuppie, stoned on coke and who then made room for a foul-mouthed rich kid, a suicide victim from California stuffed with amphetamines.

And what if the only reason for these reincarnations was tor photogenic purposes. Reworking reality with a great dose of seduction so as to not reveal its true face in a euthanized world populated by remote-controlled bodies that were waiting to escape from themselves. T-Shirts with Che Guevara, Afghan hats, swastikas, whatever. The rejected and faded from a revolution. Any old revolution. As long as it allowed them to exist. The world had simply and purely abdicated itself. It refused to think. It consulted. And that made one hell of a racket. Classifying, stacking, mixing and merging the results relentlessly in order to discover new scenarios. If one paid attention, one could spot the cycle and the recurrence. The successive variations until they were eradicated or replaced by a newer actuality.

It is like this that the pedo-nazis took the· place of the porno-terrorists. For every politic of fear, an asshole. For every asshole, its politic of survival. Were the encrypted plans for the next terrorist attacks hidden on the web, behind the tits, pussies, cocks, ass, hairs, ass hairs, and so on, in every conceivable combination? In any case, it was the latest fashionable rumor. Finally we made a great discovery: an ass was political. There were the vacation snapshots by the soldiers in Abu Ghraïb and others that we never got to see. And if by chance, you've seen the image of Christ in the sky, you can be assured that it was without doubt a hologram being tested by the army from another era for another war to be won. We desperately needed to say something else existed. Something to save us. A new religion of our own. Not some fantastic mythology that could screw up our little lives. No, an all-in-one survival kit. You might say: there was still love. Not the Love of televisionized compassion, no, true Love, the unselfish kind. The kind that would be detached from any mise en abyme, from any representation of itself. We all walked through subterranean passages that could cave in at any second. Most of the time we just acted like nothing was wrong. Afraid to see where the tunnel was taking us.

Sometimes we fell into holes that someone had covered with branches. And this someone, to be more precise, was the very someone that we began to love. Stupidly. Almost mechanically. Because we didn't know the course of our desires, perhaps this someone could guide us. We let ourselves be taken. But most of the time we forgot that there was no reason to believe that this someone knew any better than us the road to our own hell. We did everything to please him, not to upset him, to create a little niche in the wall. And there was always a moment where one ate the other, if we lacked oxygen or light. At bottom of this hole, where we were kept, we made branches to cover us, made the trees that hid the sun and the insects that consumed us.

If only we could have changed the scale. Seen things from above. Yes, above the fresh food section of the supermarket, above the cholesterol-free, above the omega-3, 6, 9, above the extra virgin, the 0%, above our puny lives and the quality labels. Try a bit harder. Zoom out. I want to see you like a little lead soldier on a miniature battlefield. Like a pawn on a Monopoly board. Yes, stay well above the throng. Above all those bodies cutting each other's throats and fucking. Don't be afraid, I know the screams of pain and their sobbing is terrible. You wont escape the dullness. You're already blending into the landscape. Raise yourself a bit. Good. Breathe deeply.

There's a mental enclosure that you're now slowly taking apart. Without anyone noticing. The wall is so high no one can escape. None of the characters. Globalization is there. Even Communism is getting ready beside Time. There is the past and the future. The sacred rubs elbows with the profane: the Rumor, and I could name so many others. They are all present. In the same moment. At the same time. The wall floats, levitates, it will land soon. It is a ghost ship It selects the exact spot to land. Some will be crushed under the weight, this is inevitable. Their bones snap. A detail leaps to our attention. Incoherent. But you and I know, eventually, the heroes always discover something bizarre. They zoom into the pixels very substance. They find a shadow. A cunning silhouette that they understand.

The vessel lands and makes the Darkness reverberate. The bones crack and snap as predicted. The place is created before our eyes, it is timeless. It could have had existed in any geological age, anywhere. It is soft and mushy, malleable at every point. It is a counterfeited representation. Geometrically unstable and emotionally incorrigible. It is the scream of time. Some claim that guards prevent us from escaping. That outside, horror is manifest. That it freezes you and nails you to the spot. That death reigns. Some risk damnation to enter this place. But if they only knew how cold and humid it is. I'm speaking to you from the place where I am trapped and I'm afraid that you'll never be able to reach it. You're here already. Without knowing it." 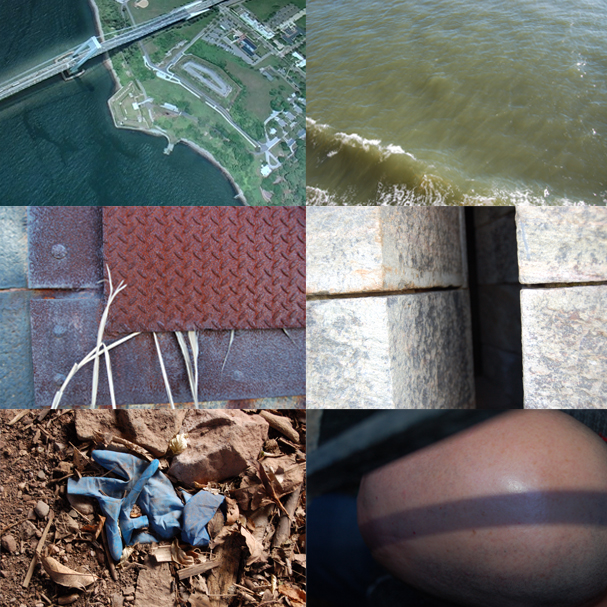 by Frank Lamy and Julien Blanpied